Cinema as building and cinema as art. Perhaps also cinema as idea or at least cinema as abstract form of narration expanding beyond moving image with sound. Cinema as space and cinema as part of experimental music festival. Cinema as point in Sokołowsko’s centre with characteristic arcade and typo stating „Zdrowie” [en. „Health”]. Surroundings as preposition pointing towards all those traces and oscillating around possible emancipation of some of the artistic practices rooted in the history of the tenth muse. Surroundings also as word referring to local topography, the history of town, referring to „before” and „after” of the period called „History of Cinema”. Finally surroundings as suggestion of seeing beyond the linear directedness of movie projection on the screen.

In other words, „Cinema Surroundings” is a program of three loosely associated events dedicated to all the above mentioned possible semantics of „Cinema” and „Surroundings”. The common ground for the three performances consists of the fact that all of them will take place within the framework of a music festival and in the very same building of the cinema in Sokołowsko. Together they can be a form of hommage to a place as well as hommage to a ramified positioning of sound in cinema. Together they may also stand for a scattered and unsystematic narration of cinema’s peripheries – territories of possibly autonomous areas of arts. Chronologically speaking, the first of the territories was established in the end of 19th Century with the rise of tableaux vivants, a form which in Sokołowsko will find its 21st Century incarnation prepared by Barbara Kinga Majewska. Sound cinema or film for the ear or music to non-existant movies are only few among a number of terms to grasp the idea of music taking over the entire audiovisual film experience. Maybe not as old as tableaus vivants, it has a documented history of at least eight decades and some of the features of this history will for sure resound in the performance of artist Łukasz Jastrubczak and foley Henryk Zastróżny. Performance of Inconsolable Ghost can be introduced as an occult version of expanded cinema, a fully audiovisual experience, in which sound is not just meant to accompany the image while the image is not only constrained to the framework of the cinema screen. Members of the ensemble will expolore the building’s architecture in an process of channelling

In his 1970 book called „Expanded Cinema” Gene Youngblood defined one of the features of the genre by referring to artistic practices leaving behind the „objecthood” of art and drifting towards environments in which certain, not always controlled and intended events and actions occur. In this sense, expansion of cinema means that the focus of attention cannot be limited to cinema screen and can include various ways of projecting sound, choreography, scenography, audience behaviors and others. In case of Inconsolable Ghost it also means turning a cinema into a space of spiritual seance of audiovisual channelling. The history of tension between cinema and ghosts is again quite old and definitely older than the history of expanded cinema. Not unlike tableau vivant, the earliest history of cinema is full of paranormal activities, the most obvious of which were characters on screen gaining its second life, either after death life or life parallel to their everyday existence. Cinema from its beginnings had something of an occult machine to it and until today there is a strong trend in experimental cinema to relate to that – from the famous „Flicker” by Tony Conrad (1965) to „Capitalism: Slavery” by Ken Jacobs (2006) which are just a couple of exemples of films reaching out to unknown realities. 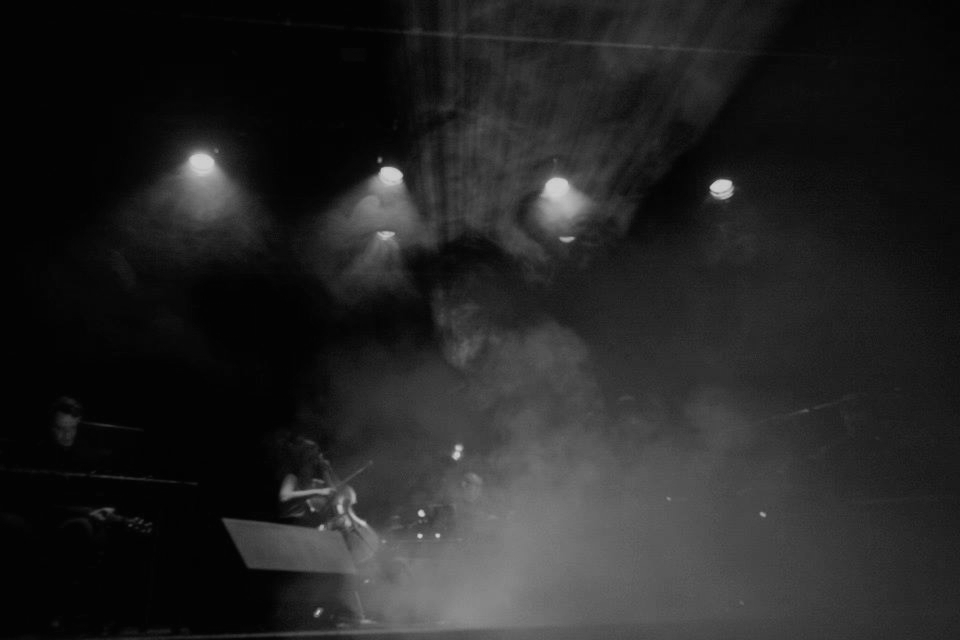