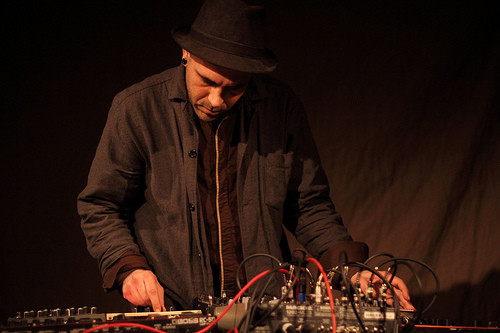 Rashad Becker is a composer and musician residing in Berlin.

His compositions are multilayered narratives populated by an ensemble of sonic entities, some smug, some shy, some agitators, others ready to surrender. Often there’s a tragic-comical touch, like a cartoon version of what could be a requiem from a dream (or just as much a fertility dance from another dimension).

Recent works include the cycle Traditional Music Of Notional Species released across two volumes on PAN, and a multi-part work called Based On A True Story that derives scores from historical occurrences in a sort of ‘sonic staging’. In this context, he is currently commissioned by New York-based ensemble Alarm Will Sound and Berlin string ensemble Kaleidoskop.