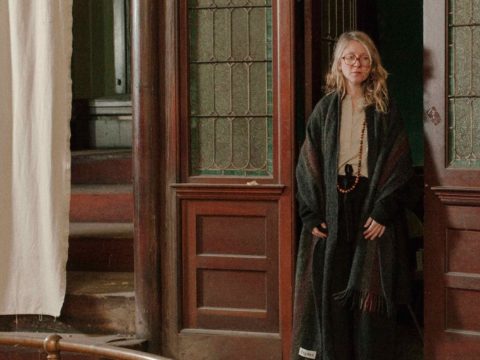 Félicia Atkinson is a visual artist, an experimental musician, a poet and the co-publisher of Shelter Press. Born in 1981 in Paris she is graduated from Les Beaux Arts de Paris (2008, MFA with honors) and followed in 2003-04 the experimental pedagogical project BOCAL with choreographer Boris Charmatz. Her works deals with topics of improvisation, deep listening, cut ups, duration, silence and noise, musique concrete, poetic spaces, deserts, forests, animism, abstraction, ambient and language. She is currently a PHD researcher in musicology at Rennes 2 University, working on the topics of instruments and programs developed by artists and composer through an utopian desire.

She released a dozen of records and books, mostly published by Shelter Press. Her latest LP, Hand in Hand was number 14 of the year charts in The Wire Magazine whereas the previous opus, A readymade Ceremony was one of the « best experimental albums » by Pichfork and Spin Magazine.